*****
2012 - Meeting Ricardo was a true blessing from above. When I first met him, I was at the lowest point I've ever been in thus far in my life. My inner and outer self needed re-centering. After just one session with Ricardo, I felt this amazing release. I could finally breathe without having any anxiety and I didn't even know how to feel without the anxiety there because I was so used to it all these years. Ricardo was the best thing that could have ever happened to me. He is such a beautiful and genuine person who truly has a passion for healing others. He also helps to understand how it got there, how to get rid of it, and how to stop it. It's because of Ricardo that I can now look in the mirror and love what I see inside and outside!  AdiaV NJ

*****
2011 - I was introduced to Ricardo through a friend, and I thank this friend for that action....I was facing a very difficult time in my life emotionally and I had to make a drastic decision...Reiki helped me to get in balance and had the courage to act wisely. Thanks Ricardo, you are a very talented professional. Fabiane NYC

*****
2009 - When I met Ricardo for the first time, I was devastated from all emotional and physical pain that I had at that time. After a couple of Reiki Healing sessions, I walked away completely different person. It was a miraculous experience for me. Thank you, Ricardo!  PinkFlower NJ

*****
2009 - Ricardo is truly a professional and caring person. Not many people stay in touch with their clients the way he does. He always makes sure that he contacts me and shares all the knowledge he has. He's been doing the distance reiki on me, and it feels as beneficial as when he does it in person. If anybody needs reiki treatment, they should contact Ricardo. Thank you!  Maja NYC

*****
2008 - Ricardo is a compassionate healer that truly cares for you. I worked with other healers in the past to resolve my problem and no one help me as effective as Ricardo has. Before I saw him I was feeling lousy in the digestion area and seeing him I realize why I was having these problems and my symptoms have gotten much better! I Thank you Ricardo!   RC79 NJ

*****
2007 - This is a must if you want to feel healed emotionally and stay in balance in a daily basis. Ricardo is a true professional healer master and helped me in all types of problems I was going through at the time. Thank you Ricardo.  Msls NJ

2005 "With Reiki and Bach Flower Essences, I overcame great changes in my life. First I felt the calm and serenity to face the new reality. Therefore i freed myself of the past. The drastic changes intensely affected my emotions. After each session of Reiki I felt a great serenity hovering over me. Now I am looking forward to a very hopeful future". Danielle Silva, NJ "I was in deep depression, with Reiki, I found myself, happiness and self love, I found God."  Junia Rodrigues, NJ

2004 - "Reiki and Bach Flower Essences they gave me great transformations, I lost the fear of expressing myself, now I make it without fear of hurting others, although respecting them all. I feel the peace and love within a lot stronger. As if a blinder was removed from my eyes. I see the world differently. Therefore it reflected in having a greater harmony with my wife. Today Karla, my wife, is also receiving Reiki sessions. Now we both are practicing meditation. The peace in our home is very huge." Wisney Ribeiro, NJ
Miss Brasil USA 2007 - Nov 15,16 and 17 in New York City - where 16 out of 38 contestants received help from Reiki Therapy.
​
The Reiki therapy was the first support for the Mental, Emotional and Physical demands that such a contest creates. Thirty eight Misses of different states (Florida, New Jersey, New York, Connecticut, Massachusetts, Pennsylvania, California, North Caroline, Washington state, Georgia) they had a very busy agenda during 3 intense days involving new dance choreography to learn, photo shootings, ball dancing, media press release, sponsor products, and photo shootings. They were on the go, from early in the morning until very late at night. All that agenda added to the pressure of winning the contest and possibly open up a new professional career in modeling. Below you can see who they are, and what was treated in the Reiki therapy they received.
This photo below are the 15 runner up, out of which 8 received help from Reiki sessions.

This photo below, they are all 38 contestants, which another 8 (for a total of 16) received help from Reiki energy healing, 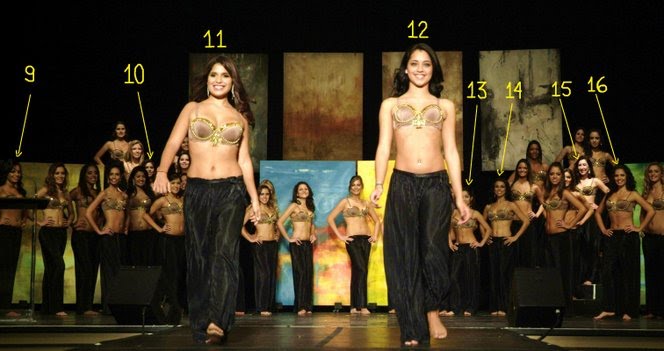 1 - Andressa Morais - Somerville, MA - For headache, Reiki session given while in the rehearsal room seating at the chair Friday morning while at the hotel dance rehearsal. Fifteen minutes later, without a headache, now feeling calm and totally relaxed, she went back to join the dance rehearsal again. She said: "This is very good, I recommend that people who do not know what Reiki is, should find out. It's really worth it".

2 - Camila Figueiredo - Brooklyn, NY - For Migraine. Reiki session given while sitting on the  bus on the way back to the hotel Saturday afternoon coming back from Casa Nova Restaurant. Fifteen minutes later, the pain was gone; further more she was feeling deeply relaxed. At the hotel, a quick run to their rooms to gather all the garments, makeup and accessories needed then headed towards the final contest, to New York City at the Manhattan Center Studio Grand Hall. 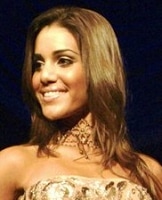 3 - Dianna Vieira Gomes - New York City, NY - For burning eyes. Reiki session done while sitting on a couch close by the ballroom Friday night, before the press release ball. Twenty minutes later after a majority of the healing was done, on the right hemisphere of the brain (emotional side) and frontal lobe, she felt less pressure on her eyes, and a greater sense of relaxation. When she got her self up from the couch, she did walk her first steps with a such a delightful state of peace, literally walking on clouds. Eye pressure was greatly reduced, although the eye burning sensation needed more healing. 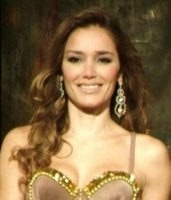 4 - Heloisa Alves - Kirkland, WA - To calm herself down, Reiki session was given while in the rehearsal, at the ballroom, sitting on a chair Friday afternoon. Fifteen minutes later, now a lot more calm, she said: "My hands started to sweat, I felt as if a electrical current was passing throughout my whole spinal column.  Incredible..!!  It was such a heat, I never felt that way ever before.  And any time I get closer to you (Ricardo) I feel in peace".
5- Julianne Oliveira Silva - Newark, NJ - For anxiety and self-esteem. Saturday afternoon on the way to a photo shooting session for the sponsor Boticario Perfumes. Reiki session done while sitting down inside of the bus. Twenty minutes later, her inner peace was very visible through her facial expression. Now she expressed a peaceful mind and breathing.  When getting up she made it with so much lightness, that she sought a support point for the balance, she seemed to be stepping on the clouds. 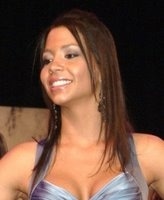 6 -Kyssila Baptista - Framingham, MA - ​Headache and colic. Reiki session was performed seated on the bus Saturday afternoon on the way to New York City for the grand finale. About fifteen minutes later, both of her discomforts were gone. Her emotional state was also much more relaxed. In four hours the grand finale will be in front of you. Good luck!

7 - Ludimila Bastos - Boston, MA - ​For anxiety and back pain. Reiki session was performed sitting in an armchair inside the dressing room Saturday night at the grand final, minutes before the first stage entry . Fifteen minutes later her anxiety was released, her back relaxed, and her mind began to enter a space of calm and lightness. Minutes later, there she was with all 37 misses on stage, it was then that at this exact moment, I saw her performing a quiet little yawn in the middle of the stage!. Total lightness! 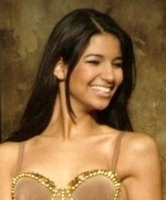 8 - Raphaela Bueno da Rocha - Philadelphia, PA - ​For stress and anxiety, with the final of the contest approaching. Reiki session performed sitting on the bus seat. Saturday afternoon on the way to New York City for the grand final.  Shortness of breath and a tense back, after twenty minutes breathing has expanded and back relaxed. A mental lightness was elevated, total relaxation, whole body loose and a calm mind. Now ready to dance, parade and face the judges in all her beauty. She said, "During therapy it felt like I was in another world, in my world!" 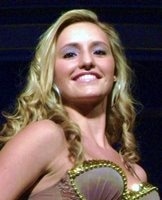 9 - Natasha Ribeiro - Long Branch NJ - For pain in both feet, it was very uncomfortable to walk and dance. Reiki session was performed in the Hotel rehearsal room sitting in a chair Friday afternoon during the dance rehearsal at the Hotel. Thirty minutes later the pain was gone, in addition to feeling very relaxed. She said, "I felt energies moving, it seemed to be moving in and out of my feet, then the pain disappeared and I felt very relaxed. I recommend Reiki for people who are stressed and in pain." 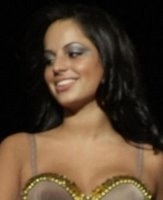 10 - Ivy Emmily Camargo - San Diego, CA - ​Pain and tension in the left hip. Saturday morning at the poolside program, Reiki session was performed on the beach chair around the pool, 15 minutes later the pain had greatly reduced, but it was not possible to finish all the harmonizing, because the pool photoshoot was resumed immediately. 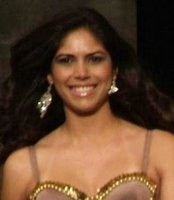 11 – Mariane Pinto – Boca Raton, FL - ​Pain in neck and shoulders. Reiki session was performed in the hotel corridor chair Friday at dusk, after finishing the dance choreography rehearsal. About twenty minutes later, her tension in the shoulders and back of her neck had disappeared, and an emotional and mental lightness was established within her soon after she proceeded to her hotel room and prepare for the ballroom dancing night.

12 - Jullye Homem – Pennsylvania, PA - For muscle pain and colic. Reiki session was performed sitting in the chair at the lunch table Saturday afternoon, during the visit of the sponsor Casa Nova Restaurant. Fifteen minutes later, her discomfort from pain and cramps had completely dissolved. Also her mind was with light and filled with serene thoughts, her breath calm and a feeling of peace inside her. After this total relaxation, Jullye headed to the buffet for her delicious lunch.

​13 – Taina Carmo de Matos – Maryland, DC - ​Very restless mind. Reiki session was performed lying down on a sofa Friday at dusk, after finishing the dance choreography rehearsal. About fifteen minutes later her mind went into a little emptiness, soft thoughts were re-established. She then went to get ready for the ballroom dancing night. 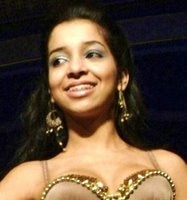 14 – Juçara Vicente Francisco – Fairfax, VA – ​Insecurity and unable to get in tuned with the dancing. Reiki session was performed lying on the bed in her bedroom Friday at dusk, after finishing the dance choreography rehearsal. After 40 minutes her emotional and mental state completely loosened and lightened. She got up smiling, completely different, before the session she had commented on returning home, but after Reiki energy session she had forgotten about this intention. Then she went to take a shower and get ready for the ballroom dancing night. 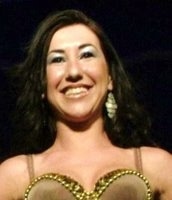 15 - Lucilene Prado Ibiapina – Las Vegas, CA - ​Constipation. Reiki session was performed in the Hotel's rehearsal room sitting in the chair Friday morning during the dance rehearsal at the Hotel. Fifteen minutes later, her intestinal harmonizing work had been done. 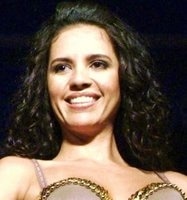 ​16 - Idamisse F. Amelotti – Bethesda, MD - ​Anxiety. Reiki session was performed seated on the bus Saturday afternoon on the way to New York City for the grand finale. Fifteen minutes later she was most relaxed emotionally.